Frieda Montanti Goldstein is a former prosecutor for the United States Department of Justice in both New York and Miami. She was one of the few selected by United States Attorney General Janet Reno to a Trial Attorney position with the former Immigration & Naturalization Service (INS) as part of the Attorney General’s Honors Program. Ms. Montanti Goldstein was also a prosecutor for the Office of Chief Counsel, Immigration and Customs Enforcement (ICE), a Founding Member of the Department of Homeland Security, and a judicial law clerk for the Immigration Court in both New York and Miami.

Ms. Montanti Goldstein, a first-generation American citizen, was born in Weehawken, New Jersey. She worked at the law firm of Thacher Proffit & Wood, located at 2 World Trade Center, but left to join the Department of Justice, prior to 9/11. After retiring from the Department of Homeland Security, she joined the firm of Pozo Goldstein, LLP

Ms. Montanti Goldstein is the managing partner of the New York office for the law firm of Pozo Goldstein, LLP with offices in Miami, Palm Beach and New York City. For the last several years, she has been actively involved working with and for the minority immigrant community located in the tri-state area. She has received awards and accolades for her outreach and pro-bono work in the African diaspora located in the New York City area.

Her legal expertise and experience combined with her understanding of the immigrant community’s needs are the essential elements necessary for effective legal representation in all aspects of immigration law. Ms. Montanti Goldstein, conveniently located in mid-town Manhattan, provides a free initial consultation to determine if and how she can offer legal assistance.

Honors and Awards and Recognition 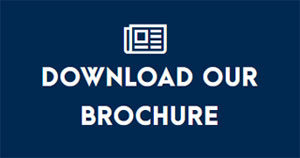