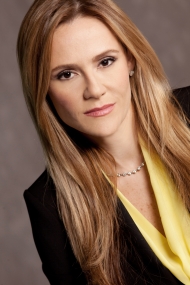 Ada B. Pozo is a Miami immigration attorney at Pozo Goldstein, LLP. A former Miami-Dade County court judge, Ms. Pozo has presided over thousands of civil and criminal cases during her career, and is familiar with how crime impacts families and the community. She has been certified by the Florida Supreme Court as a mentor judge, and was chosen to educate and assist judges new to the bench.

For the last decade, Ms. Pozo has concentrated her practice on complex immigration matters. She has successfully represented countless individuals in removal proceedings and before USCIS. She has been a member of the American Immigration Lawyers Association since retiring from the judiciary. She was elected to serve on the Board of Directors for the South Florida Chapter of the American Immigration Lawyers Association for two years. Ms. Pozo has lectured at conferences hosted by The Cuban American Bar Association (CABA) and Catholic Charities on a variety of immigration law matters.

Miami Immigration Attorney, Ms. Pozo also served as a trial lawyer with the Miami Dade County Public Defenders office. In this capacity, she litigated cases involving all sorts of criminal charges, including armed robbery, drug possession, DUI, murder, and capital sexual battery. Approximately 35 to 40 percent of these cases involved Hispanic defendants. In addition, she has experience as a Miami-Dade County Forensic Social Worker.

Miami Immigration Attorney, Ms. Pozo was the host of ACCESO LEGAL, a Sirius XM radio show. On her show, she addressed a variety of legal topics in an informative and engaging style backed by more than a decade of well-rounded legal experience. She has appeared as a legal analyst on a number of radio and television programs, including ABC’s “Good Morning America,” Fox News’ “Your World With Neil Cavuto,” and Univision’s “Aqui y Ahora,” “Al Punto,” and “Despierta America.”

Ms. Pozo earned her law degree from the University of Miami. She also possesses a Bachelor of Science degree in Criminal Justice and a Bachelor of Arts degree in Sociology/Anthropology from Florida International University. She comes from a long line of high-profile public servants.